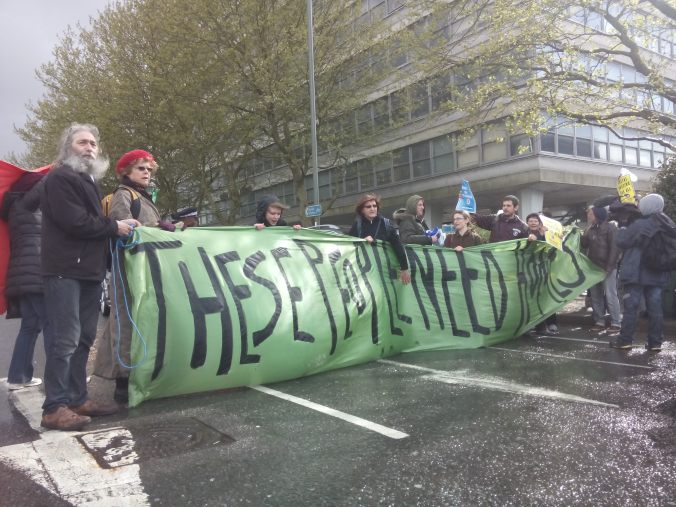 The response to the call-out for Juliet on Monday was amazing! More than 1000 of you shared and Tweeted the blog and dozens more wrote to the local MP and councillor, in less than 2 days! Today we saw the results. Massive thanks to everyone who came out and braved the torrential rains, as well as those that sent emails in support!

First, Juliet, who had been discharged by Barnet Homes with her four kids, was offered a three bedroom house in the borough! She hasn’t been able to see it yet, but we know that without all our voices online and outside, she wouldn’t have had the offer. 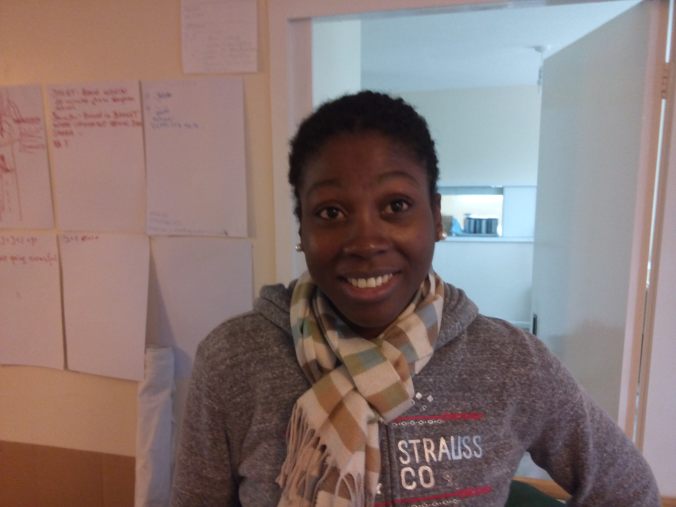 Unfortunately, the other two families who had meetings with Barnet Homes today didn’t have the same response (though their cases were not yet as dire as Juliet’s had been). While Juliet’s offer was a big win, considering the harsh wording she had received in her latest rejection letter from Barnet Homes, we knew that it was only ever a stage in the campaign, and that the dignity finally afforded to her family must be the default, and not the result of mass public outcry.

…So we blockaded the A1000 – London’s main commuter road – outside of Barnet Homes’ offices at 4pm to protest the wider social cleansing patterns we’ve seen with families being pushed beyond the capital and forced through immeasurable stress, so companies like Annington Properties can bulldoze good houses, to make way for high-end flats!

Following the blockade, we marched through Sweets Way and broke Annington’s undemocratic injunction against political protest on the estate! This injunction should never have been granted in the first place, and since we were walking around in the road with banners anyway, we thought: ‘why not break that stupid injunction while we’re at it?’ 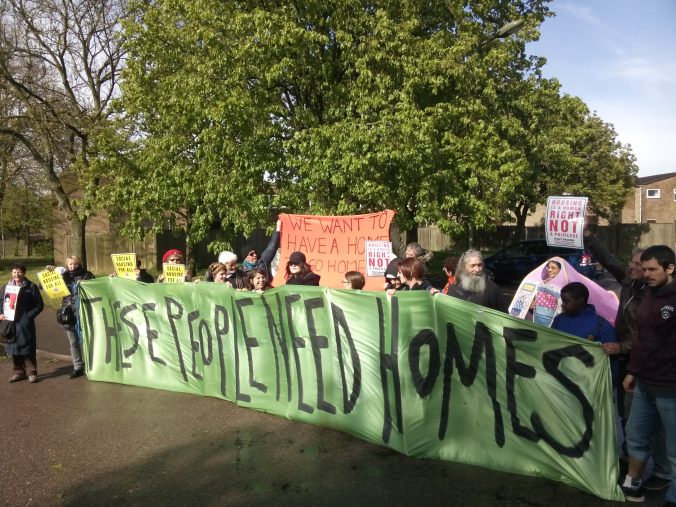 So we did. Then we went back to our occupied social centre (which will be two months old on Friday, by the way!), drank tea and discussed the day’s events. We also got to know lots of new faces who had responded to the call-out online and were all-the-more-committed to getting involved in the campaign, having felt a bit of what people power can achieve.

Apparently there’s an election tomorrow and it’s a big deal and stuff, but when we know both of the main parties are committed to the kinds of destructive policies that have created the mess we are fighting, it is clear that we are not going to vote our ways into the homes we need. People power doesn’t wait to vote; it is the daily vote we are always free to cast.

Today we had a partial victory – on a day when, if we hadn’t come together, a family would be at risk of being turfed out on the street. In the days ahead – with our growing numbers and profile – we are sure to have more, as fight alongside other Sweets Way families that continue to be moved around like furniture.

Tomorrow, some of us will vote, some of us may not, but we’ll all be here together on Friday, fighting for our homes and for a London that is truly a city for all, not simply those who can afford the kinds of properties Annington is destroying Sweets Way to build.

If you want to get involved, pop by the social centre and say hello this weekend as we celebrate two months of occupation! 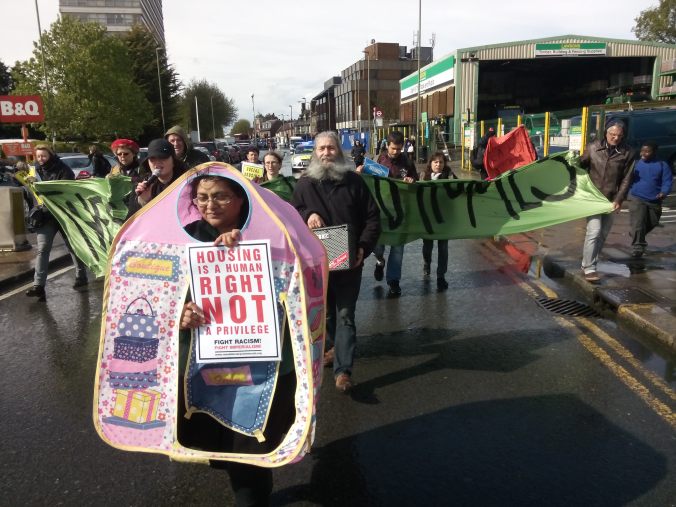